Jamie was just a little over a year old when his father brought him and his mother in 1974 from Virginia to the Last Frontier. His father arrived at the Canadian border with a Ford pickup with a camper on the back and $400 in his pocket.

G.W. Was a very able man, used to honest hard work, and began working for a local lumber yard in Anchorage, AK called United Builder’s Supply, which at that time was located near Lake Hood. Within a few weeks, they had their first unforgettable experience, as one of the local pilots had a crash landing right after taking off. He, unfortunately, lost his life as he crashed his plane into the parking lot destroying G.W.’s truck and camper. A couple of days later he recovered the dead pilot’s hood tooth. Jamie’s mother still has it to this day.

G.W. worked for United for decades, taking his savings and his family to Wasilla, AK, and starting his own excavation company Bailey’s Backhoe.

These are just small stories of how the Bailey family came to be and the life and tribulations of growing up in Alaska.

Jamie has had plenty of adventures of his own as well, too many to write out in a brief bio. Maybe someday!  Venturing into his own business after working with his family for many years, Jamie started Big Country Excavation in 2005 which he still operates to this day.

As a 19-year-old, he became the youngest person to ever compete and win 1st place in the trophy division in the Iron Dog Race, a snow machine race at that time that took place from Nome to Big Lake Alaska.

It was only 3 days after finishing this great race across the frontier that he competed in his first “Rough House” boxing match.

After acquiring this new taste for the excitement he went on to win his first 11 bouts by way of TKO and not sitting on a snow machine for several years.

He went on to be the first in Alaska to win the Yukon Championship in Whitehorse, Canada. With his newly acquired fake Id, he was able to win his first Official Toughman Contest becoming the heavyweight champ at 190 pounds in ’94 and again in ’96. Jamie also traveled to the “lower 48” in 2000 to win the Bay City, MI Toughman championship, which was televised on  FX.  He knocked out his last 3 opponents earning a spot in the tournament of champions in Tunica, MS. He was finally stopped by a split decision in the World Toughman Championships.

With the birth of his daughter that same year, he decided it was time to lay down the gloves and realized his talent was not worth the risk of not being able to be there for his daughter.

Now with all the personal achievements, we will not go into great detail about his stint as a professional dancer at 23 even so much as having been brought to attention with a televised commercial which brought him much notoriety.

But… Jamie did spend quite a bit of time in the television limelight with many commercials for his sponsors while training for boxing in Michigan, continuing to do local commercials as the opportunity presented itself down the road.

How the music 🎵 started…

In the fall of 2020, Jamie found himself going thru many personal changes in life. Always searching for a way to express himself, he found he had a way of expressing himself with words. Always being a poet and a philosopher it was meant to be when an accidental run-in with, a local entrepreneur, Mike Dillan who was starting his own media company Moon Dog media. Tied in with meeting an amazing musician Tim Felicity they were able to produce and record his first song.

“Thinkin” was Jamie’s first time behind a microphone.  Much to the surprise of many people he had grown up with the video that went with this song soared to over 200,000 views within a couple of months gaining much local attention.

Following this passion, he and his partnership with Moon Dog media and Felicity Studios created the song and video “Everything”.  This particular video gained momentum and escalated to over 300,000 views over the last two years.

But as always, summer approached and many of the original people involved got pulled in different directions and life happens. Moon Dog still helps Jamie from time to time with different projects and his friendship and involvement with Tim will last the rest of their lives.

Jamie knew that there was a bigger “picture” for his music and after posting the original version of “Tuned Up” to Tik Tok he was able to create a relationship with Adam Knight from AOK studios out of Nashville, Tennessee. Mostly corresponding through text and email, Jamie was invited to one of Adams’s workshops at Hilltop studios in Nashville to work on the first half of his “Goin to Nashville” album.

“my first experience was truly surreal. “

He woke up that morning nervous not knowing what to expect.

Being someone who really hadn’t been in the industry that long and traveling such an unknown road was an experience all to itself. Adam produced music that day for Jamie with some of the leading music industry talents.

It wasn’t until that night that Jamie sat down and looked up the names of the men he had worked with that day did it finally hit him the magnitude of who and what he was doing.

“I honestly had tears in my eyes as they made the music and after returning and looking up the names of the men that helped me that night I wasn’t sure whether to laugh or cry. They all treated me so well and made the music so personal for me. They were the best of the best. How does a man from so far away get the chance to live out such a dream?”

A couple of months later, Jamie returned to finish the second half of his album. This time they worked out of OmniSound Studios.

They filmed and recorded the “Goin to Nashville” video, which in itself is a story.

Jamie had Traveled to Nashville once four years prior to being involved in a paging expo.  At that time they went to downtown Nashville and ate at a restaurant across the street from Omnisound studios. He remembered talking with his partner about how cool it would be to go into a studio like that and sing a song. Something that would never go away. They both laughed about it and the subject was dropped.

In the spring of 2022, Jamie stood outside of Omnisound Studios, looking at the same restaurant where he sat four years earlier dreaming out loud.

Like the song says “Life is too short, you got to take a chance. You fail if you never try”

“I truly hope that someone out there will find inspiration through the things that I have experienced. If a person can make the world a better place what else is there?” 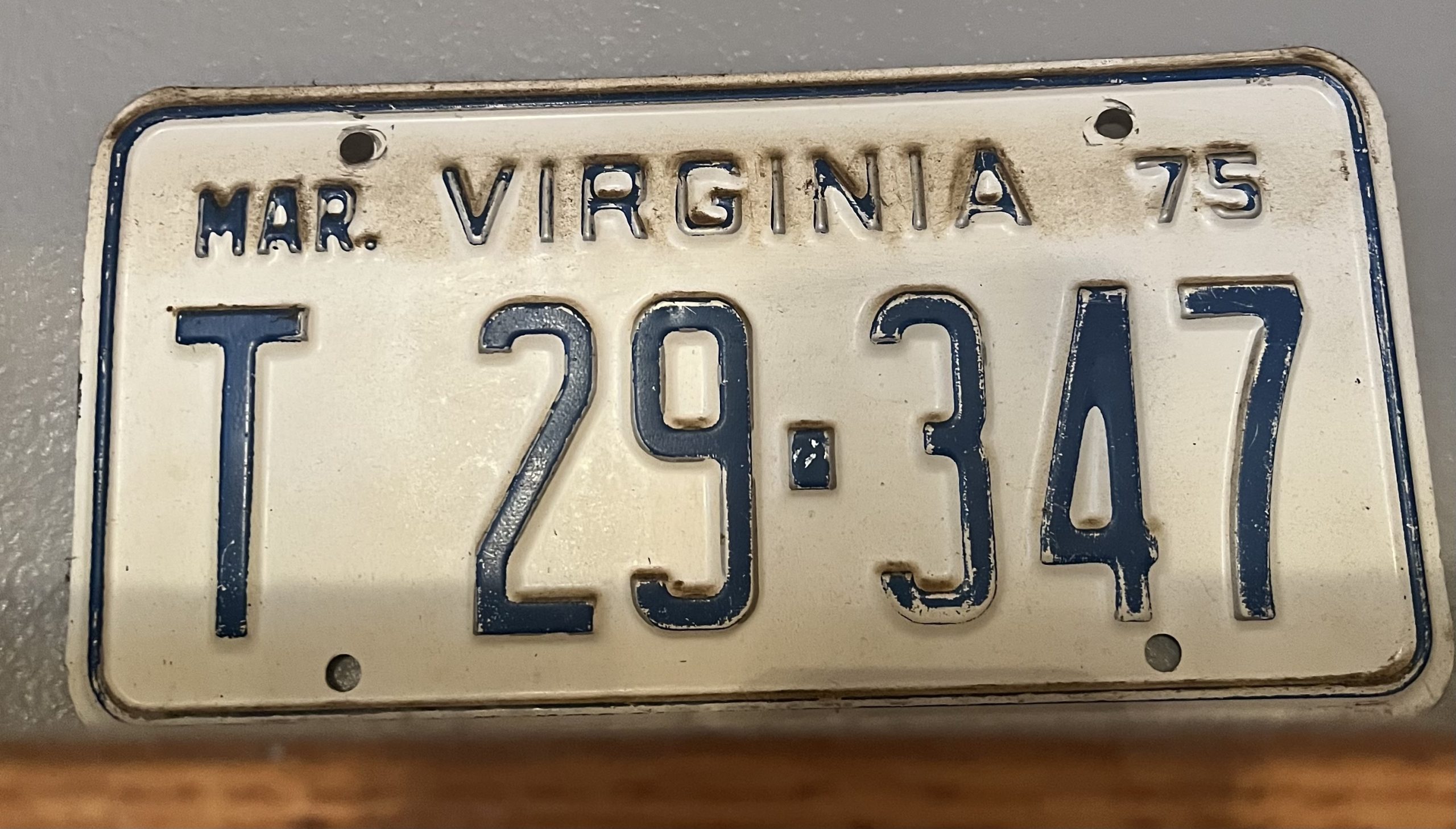 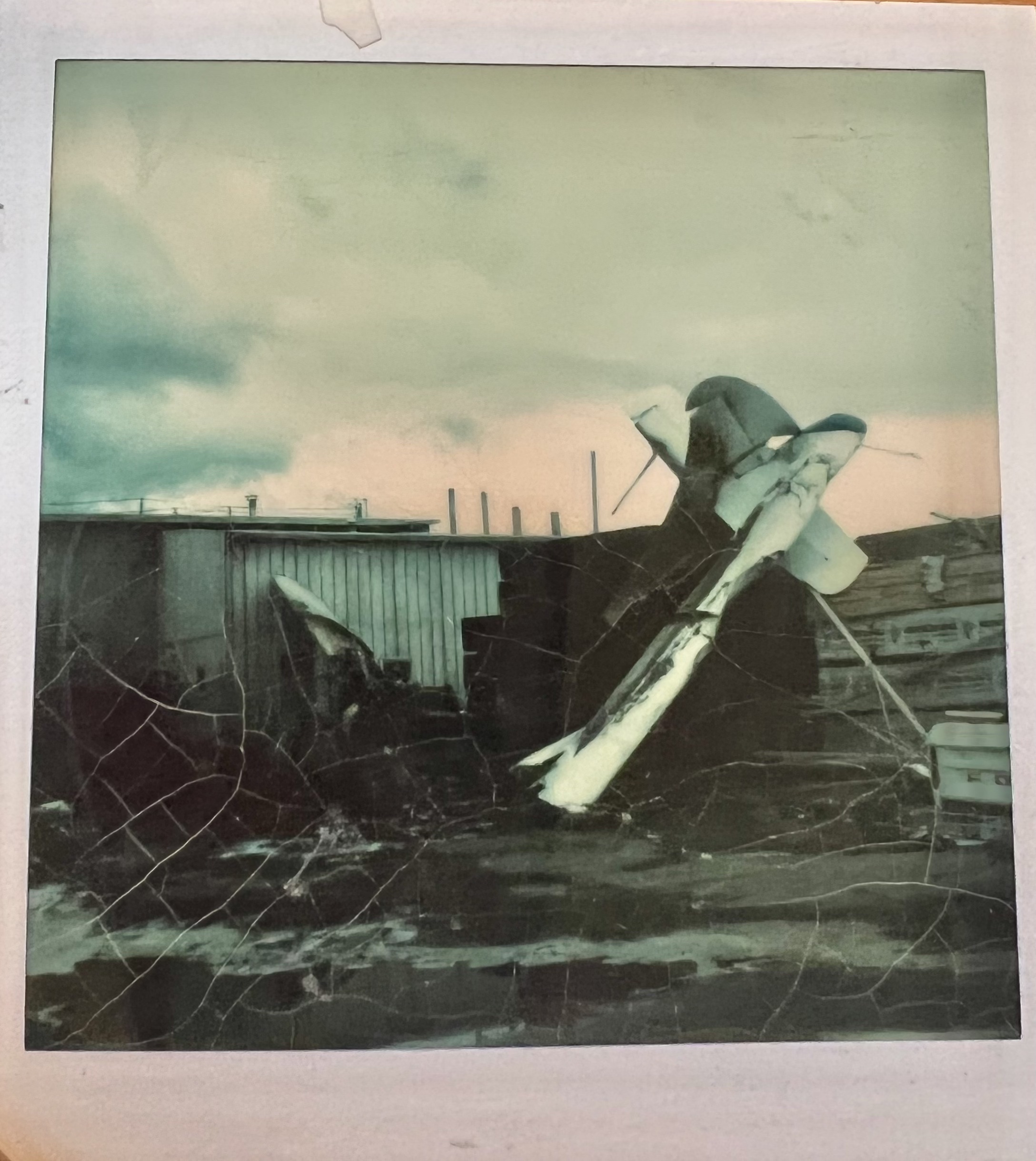 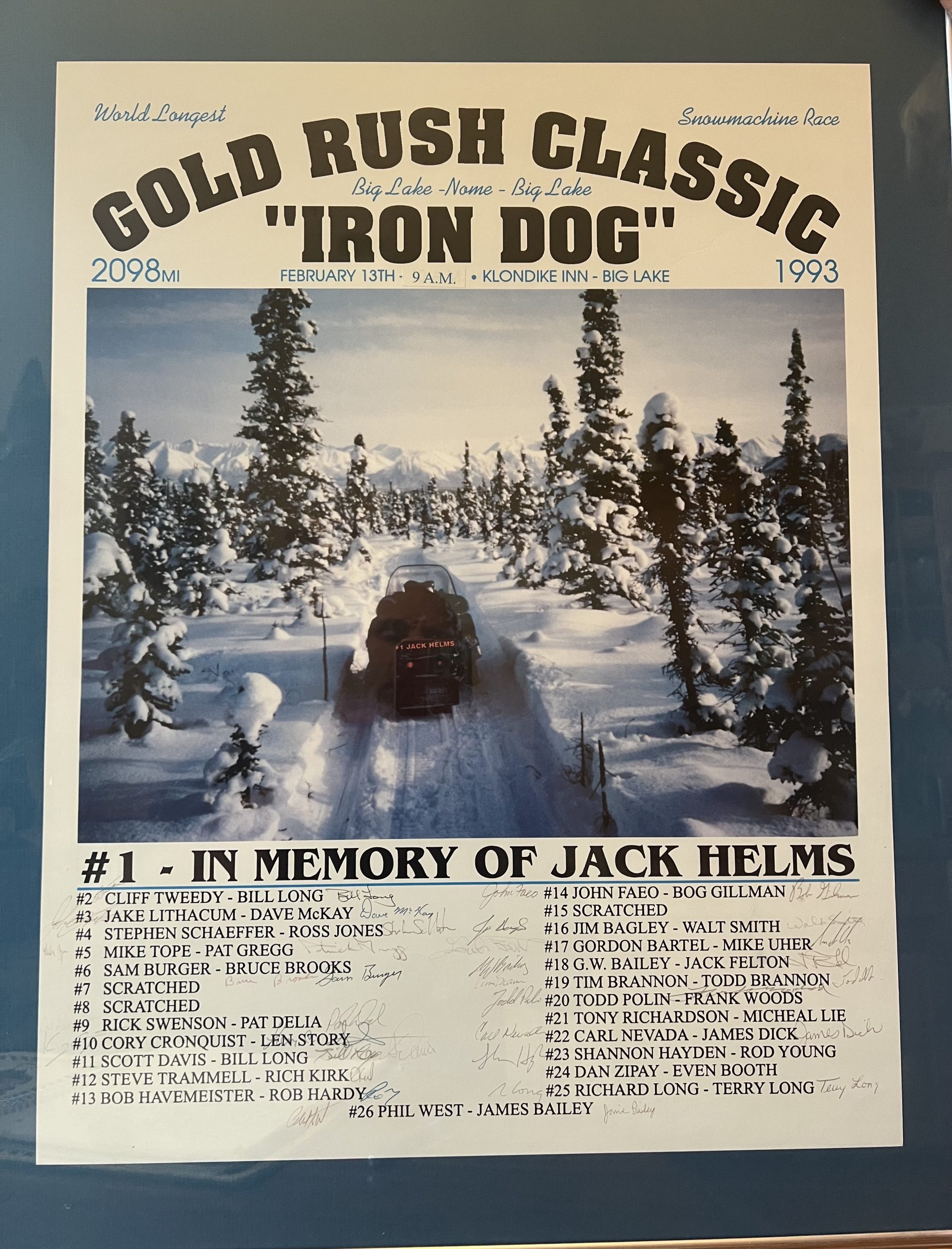 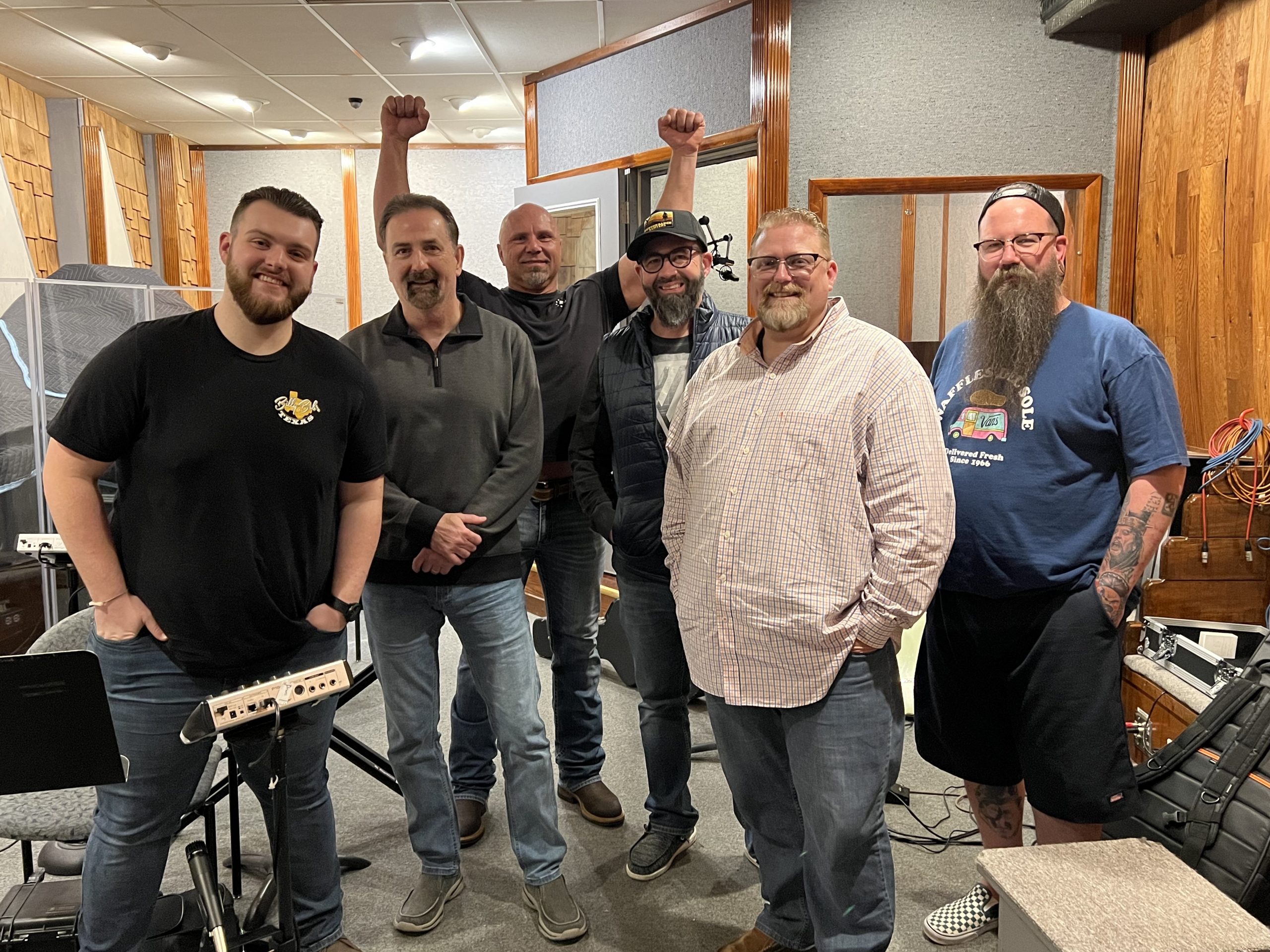 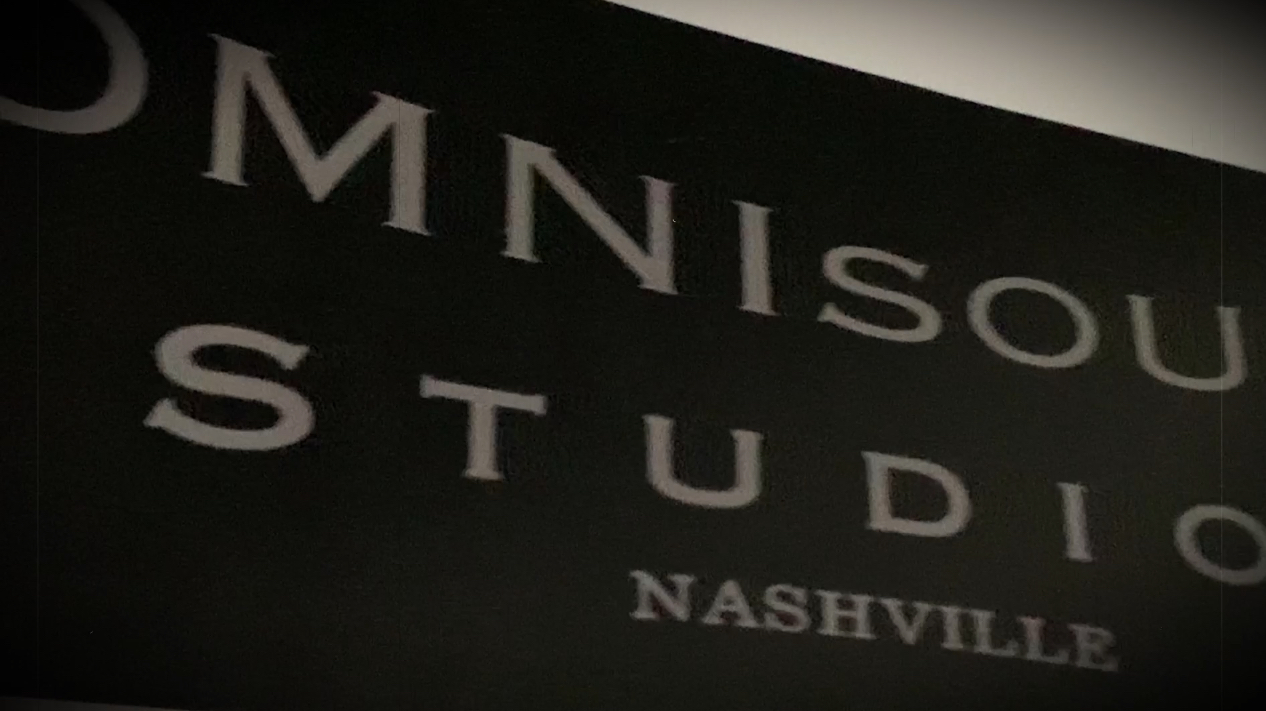 Do you have questions, want to book a show, or collaborate on a new piece? Reach out, and let’s make music happen.